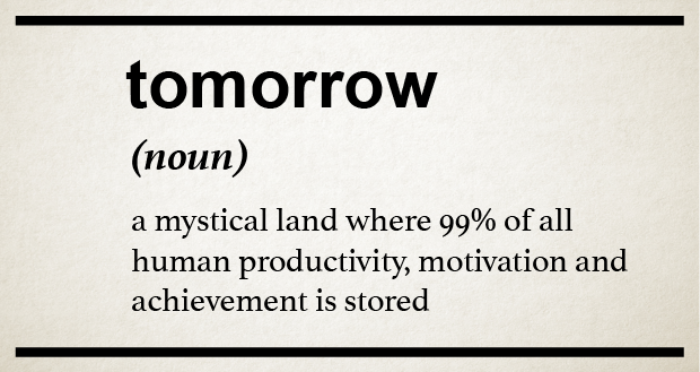 Don’t panic! Within The Sober Club we have some amazing content around nutrition and well-being and you can rest assured I am not actually advising you eat a frog!
But wasn’t it Mark Twain who said…

Most of us suffer at some point from procrastination. We put off doing the stuff we really need to do. That’s the frog – the thing you know needs doing – but you keep on finding excuses not to deal with it. I’m queen of long ‘to-do lists’, and feel so much better when a few things are ticked off, but the truth is I often have one really important thing that needs to be done, and I keep avoiding it, adding it to the list for the next day et al.

The great news is that ditching the booze frees up time, and it gives us more clarity and focus. Self-care is a big part of sobriety, especially in the early days, so think of ‘eating the frog’ – Doing that thing you are putting off, as an act of self-care. So often you find it’s not as bad as you thought it would be!

Some of our sober club members have de-cluttered their homes (I’m impressed),  booked the dental appointment they’ve been meaning to book for ages, finally signed up to courses they knew they’d benefit from, renewed passports, applied for funding for the charity they want to set up… you get the idea – the stuff we keep thinking about, writing down but then procrastinating over.

So eat the frog ASAP – if you would like support and encouragement for just about everything join us in The Sober Club – we are big in self-care, being brave, sorting relationships, getting in the good nutrition.  You’ve ditched the booze, or you’ve made a commitment to, now create the life you want without it holding you back.

From a Sober Club Member…

“I have been alcohol free for over a year and it is no longer part of my life, it feels almost as if I have forgotten about it sometimes (which is great but also a shame not to bask more in the achievement!)  I love the Sober Club because I get to celebrate everyday with my new “tribe” the amazing “joy” of being sober and gives me a platform (via the FB group) to interact, support, encourage others. Im so grateful for the new connection the Sober Club provides!” – Alistair (Club Member)