With a little help from Elton 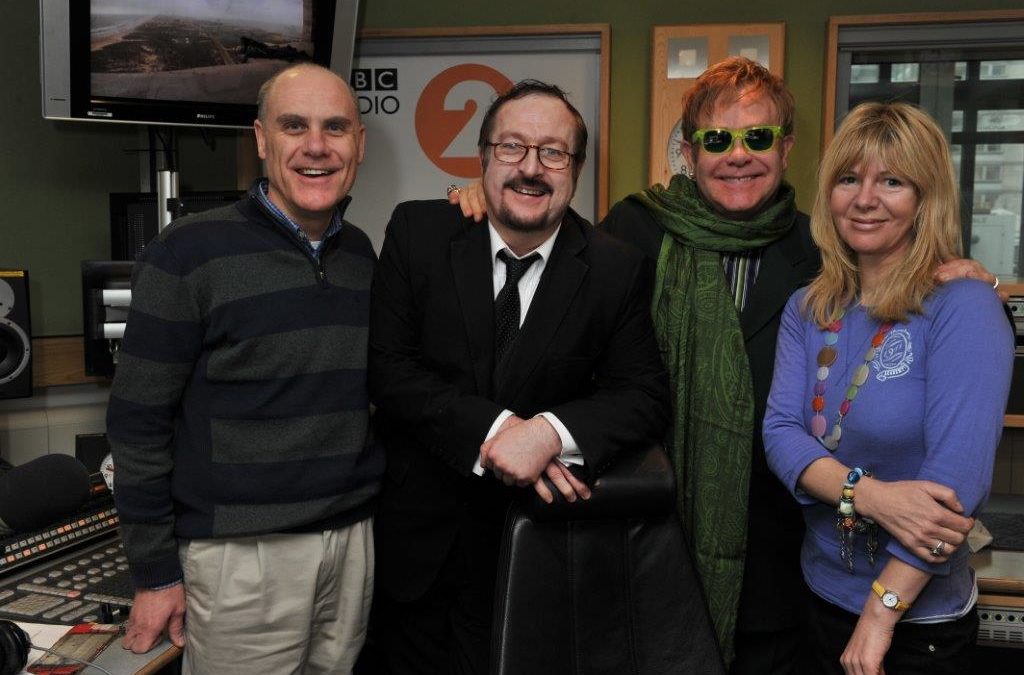 If you read my blog post about Rocketman or listened to my podcast you will know I am a super curious about Elton John, not just his background, and his incredible career but his sobriety, which despite being 29 years sober, seems as important to him as ever.

With the release of his autobiography Me (brilliant by the way) there have been several serialisations and excerpts in the press but Alexis Petridis in The Guardian  weekend mag wrote a fabulous feature recently where they got famous Elton John fans to ask him questions, anything they’d always wanted to know.

It was a light hearted piece, with questions from stars such as Lewis Hamilton, Kristin Scott Thomas, Bob Dylan et al and many of the answers were just as you’d expect but it seemed nothing was off limits.

It was a fun read but incredibly profound too when you notice, (which of course I wouldn’t have done a couple of years ago), just how often Elton references his sobriety.  Ed Sheeran asked him what he does when a tour is over?  Elton talked about spending time at his home with his sons and catching up on his social life, but then said that when he came out of rehab, he knew about what they call ‘the hole in the doughnut….how will you fill the time you spent drinking.?’

He realised he had extravagant ideas that didn’t come to fruition so now he intends to take it easy.

Lewis Hamilton asked him how he overcame the challenges in the past, and what drives him when things are difficult? Part of Elton’s answer was …’It’s when you come off stage and you’re stuck with yourself again that the problems start. I found challenges hard to overcome until I got sober, because I didn’t know how to deal with them.

Being sober is all about asking for help to get through challenges. You can’t just barrel through and do things yourself – you have to reach out. It took me a long time to get where I am now: I was too trusting; I didn’t like confrontations, so I made bad decisions, especially in business. The fear of confrontation went back to my childhood, my parents rowing all the time, and it really held me back. It became less and less when I got sober, but it’s still there. It doesn’t magically disappear.’

The most powerful question came from designer Donatella Versace who asked:.

You saved my life. How many other lives have you saved?

Elton replied that he had no idea, but he is responsible for helping a lot of people get sober and hopefully to stay sober. He said ‘That’s your responsibility, and it’s part of the process. You give them your phone number, you take theirs, you make sure you phone them, check up on them, see they’re OK – that’s what I did with Eminem’ He then described how he had set up an intervention for Donatella, because he knew she was ready.

What an absolute star!, you get the feeling that after all these years Elton’s sobriety is everything to him, it’s not just a ‘thing’ right now because the box office rocking Rocketman movie

It seems he is talking about it still, because he is so grateful that he found freedom from addiction.  I was struck by just how much of a shining light he must have been for so many other celebs, guiding them, mentoring them, inspiring them to get off the ‘booze elevator’ and onto the path of sobriety.

Most of us won’t enjoy celeb status, our bank accounts won’t come close to Elton’s and we won’t be hobnobbing with royalty and dodging paparazzi, but we can all inspire others that we come across.  We can all share the incredible benefits we have found from ditching the booze.  It might be that you post your ‘before and after’ pics on social media, maybe you invite a friend who drinks around for mocktails or meet for coffee and tell them how great you feel, Maybe you say nothing but its glaringly obvious that there’s something different about you, they sense a different energy and then when they also clock your clear skin, bright eyes regulated weight and – yes, sober hair, of course they want what you’re having!

I’m not even two years sober yet, but the intensity of joy I feel for choosing this path gets stronger every day.  I sometimes wonder if I will still be banging on about it in twenty odd years’ time, I do believe it will become ‘embodied’ and just part of who I am, but I also think I will probably find it hard not to shine the light over as many people as possible.   The great news is, within or without the world of celebrity, there is an amazing sober movement now, it’s no longer a case of Rock bottom? – Go to rehab, or ‘For God’s sake hold your beer’, most of us are aware of the ‘spectrum ‘of grey area drinkers, and there are now so many ways to reach out for help and support.

Sign up for the waiting list for The Sober Club and grab our free pdf Selfcare for the sobriety.