Are you a Tall Poppy? 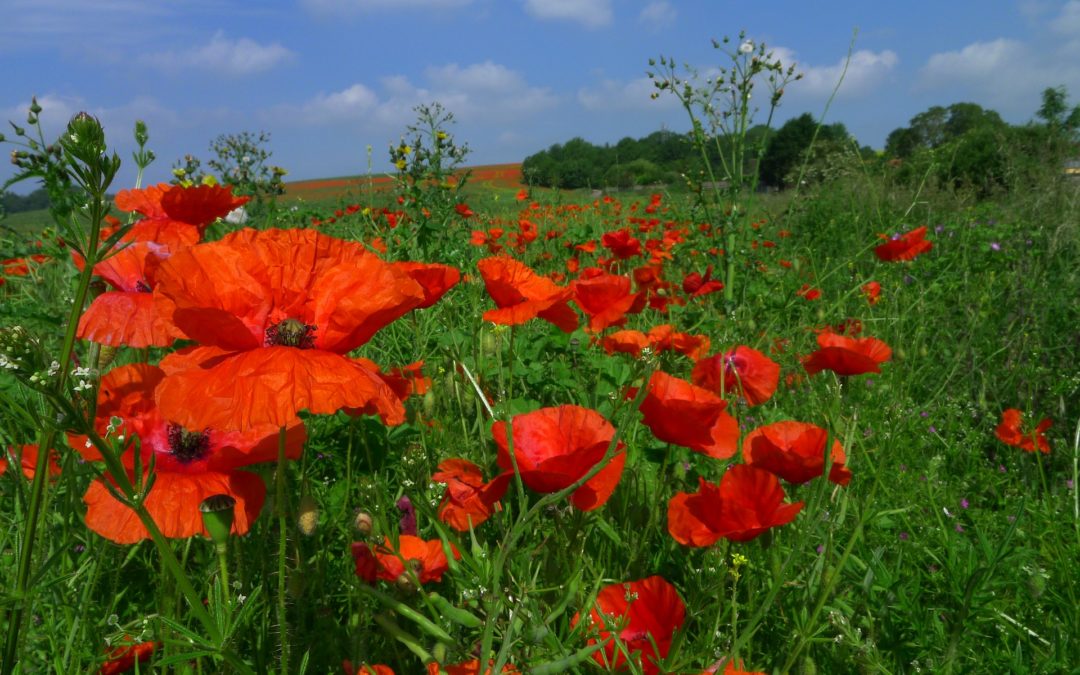 On Remembrance Sunday who are you remembering ?  Who has been important in your life and made a difference in the world?  Of course this time of year is intrinsically linked with a certain vibrant red flower.  I’m guessing you know the origin of the poppy as a remembrance symbol. During the war, there was a notable and striking exception to the bleakness and barren destruction of the countryside in the bright red Flanders poppies. These resilient flowers flourished in the middle of so much chaos and destruction, growing in the thousands upon thousands. The phenomenon inspired a poem which went on to inspire the creation of The Poppy Appeal to raise money for The British Legion. Today’s Poppy Appeal means over 40,000 volunteers distribute 40 million poppies.

I am a huge fan of poppies, and while I love seeing pics of whole fields of them, I also love seeing just one, A singular poppy makes me think of the ‘Tall Poppy ’  The cultural term refers to someone who ‘stands out’ usually for enviable qualities or visible success, but often this isn’t viewed positively by others, the person is ‘rising above the pack’ and its often seen as antisocial against the culture.   When others have a desire to bring the person who has put their head above the parapet down a peg or two, its known as ‘Tall Poppy Syndrome’.

When you go against the flow and choose not to drink you do become a ‘tall poppy’  Suddenly you are forced into the limelight and forced to stick your head above the parapet. You’re making a decision that is good for your own health and well-being but doesn’t necessarily fit the societal norm.  We know that ‘Alcohol is the only drug we have to justify not taking’, and sometimes despite no intention on our part, by choosing to be sober, we shine a light on the behavior of others, they feel threatened and begin ‘sober shaming’ us, making us question our own decisions, encouraging us to ‘just have one’ Fortunately its starting to change and the sober community, just like humble poppies in the fields, is hopefully bringing colour and vibrancy to the chaos and destruction of alcohol as a social glue.

Remember poppies may be fragile and may even blow a bit in the wind, but ultimately they are beautiful, and they represent peace and hope.

Just like the solitary flower, you may also be feeling shaky in early sobriety , and be dithering every which way,. There may well need to be ‘death’ of a kind, while you shed the old boozing you, and morph into the beautiful hopeful new you, with new found strength and bravery, new goals and dreams. Remember what poppies symbolize too is resilience, and being strong and resilient comes from ditching the drink.  The relevance of poppies has changed over the years globally, but its still a humble poignant symbol of remembrance and hope. Revel in being a tall poppy!